Below is a listing of our full-time and part-time staff. 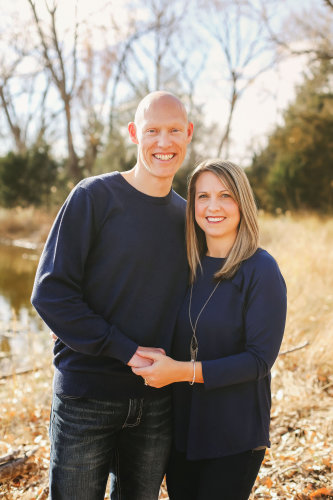 Tim and Tawnya both grew up in , and graduated from , Tawnya in 1997 and Tim in 1998. After High School, Tim attended the  of  in  where he played football and basketball. He has been active in funeral service since 1999. He started his funeral director apprenticeship in  at Isburg-McColley’s Chapels of the Hills and finished it at Isburg Funeral Chapels in  He received his Mortuary Science Degree from  in  in 2002. He worked for Isburg Funeral Chapels as an apprentice and licensed Funeral Director from March of 2001 until August of 2006. Tim is a past member of the Pierre/Ft. Pierre Lions, the Oahe Optimist Club, Pierre Chamber Sports and Recreation Committee, Junior Achievement volunteer and the Beverly Healthcare Advisory Board. He is also a member of the Gothenburg Rotary Club, were he is a former board member; a former board member of the United Way, member of the Gothenburg Ambassador's, and a former City Councilman. Tim is also a former Board member of the Gothenburg Evangelical Church Board and is Past President of the Nebraska Funeral Director's Association.  Tim enjoys playing basketball, volleyball, and helping coach his children's teams and is the high school girls assistant coach and JV coach.

Tim and Tawnya (Doering) were married on June 7, 2002. Tawnya is a graduate of the  with a Bachelor degree in Athletic Training and a Masters degree in Physical Therapy. She worked as a physical therapist at Beverly Healthcare in  until their son was born in September of 2005 with a complex heart condition known as Hypoplastic Left Heart Syndrome. After his birth Tawnya elected to stay at home with children. Tawnya works as a physical therapist for Emerald Nursing and Rehab in Cozad.

Tim and Tawnya have four children, Kynlee (Freshman), Kellen (8th grade), Kalli (7th grade), and Kale (3rd grade). The Strausers’ attend the  in Gothenburg and enjoy spending as much time with their children as possible. 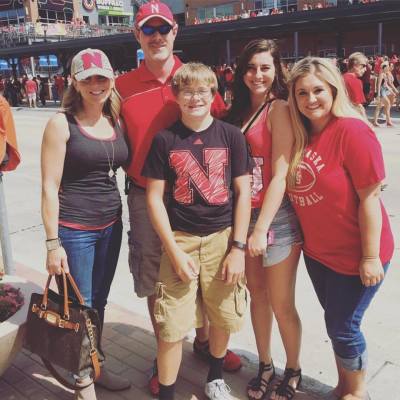 Tim Daum and his wife Kristi were born and raised in Cozad, Nebraska. The couple graduated from Cozad High before going on to further their educations.   Tim completed his pre-requisite mortuary studies at the University of Nebraska at Kearney and later went on to graduate from Kansas City Kansas School of Mortuary Science.  Tim obtained his degree in Mortuary Science and Funeral Service and passed The National Funeral Director’s Board Examination, earning his Embalmer License.  Tim worked for many different firms while in school, including Berryman Funeral Home in Cozad; Strattman-Obrien Funeral Home in Kearney; W.L. Frye & Son Funeral Home in Olathe, KS; Schrader’s Brown County Mortuary in Horton and Hiawatha, KS; and Reynolds-Love Funeral Home in Lexington, NE.  Tim received both his Kansas and Nebraska Funeral Director and Embalmer Licenses following his internships at Schraders and Reynolds-Love.

Kristi also attended the University of Nebraska at Lincoln and Kearney majoring in elementary education and early childhood special education. Throughout the years she has enjoyed teaching pre-school, substitute teaching, and providing early intervention services as a Service Coordinator for Early Childhood Connections in Eastern Colorado. Kristi also plays an active role in the funeral business, working alongside Tim.

Tim and Kristi were married in the spring of 1995, and today their family has grown to include children Aly, Brenleigh, and Drew.  Aly received her Master’s Degree in International Affairs from the Bush School of Government and Public Service at Texas A&M. She now works as an Intelligence Specialist for the United States Air Force.  Brenleigh attends Concordia University of Nebraska, where she plays basketball and majors in Biology.  Drew attends McCook High School and enjoys football, basketball, wrestling, and golf, as well as hunting with his dad.

In October of 2000, Tim and Kristi purchased The Love Funeral Homes in Limon, Burlington, and Cheyenne Wells, Colorado from Ernie and Lori Love.  The couple moved their family to Colorado in order to carry on the Love family tradition of providing family-owned funeral service to the families of Eastern Colorado.  The family made Limon their home for ten years, and will always consider it a privilege to serve such a wonderful community.

In August 2006, Tim and Kristi, along with business partners Tim and Tawnya Strauser, purchased Blase Memorial and Blase-Wetzel Memorial Chapels in Gothenburg and Curtis, Nebraska.

In July of 2010 – knowing the Colorado families they had grown to love were in good hands with a dedicated staff and professional funeral directors – Tim and Kristi acquired Carpenter Breland Funeral Home in McCook, moving their family closer to home.   They have enjoyed being back in their home state and have become actively involved in their new community. Tim currently serves as the District #7 President for the Nebraska Funeral Director’s Association and is a member of the Optimist Club, while Kristi enjoying volunteering with the McCook Chamber, serving on the SWNLI Board and is also a member of the McCook Cordials.  As a family, the Daums attend McCook Christian Church and are active in bible studies and youth group.  Tim and Kristi are honored to provide the families of Southwest Nebraska with quality, caring funeral service and constantly seek to improve that service with new, innovative ideas.

Alex was born and raised in Gothenburg. He graduated from Gothenburg High School in 2011. After high school, Alex attended Southeast Community College in Lincoln, studying to be a paramedic. It was during this time that he discovered he had a different calling for him and decided to change careers and go into funeral service. Alex graduated with his mortuary science degree from Arapahoe Community College in Littleton, Colorado in 2014. While attending school, Alex worked at the Love Funeral Homes in Burlington, Limon, and Cheyenne Wells, Colorado. In August of 2014 Alex moved back to Gothenburg and began working here at Blase-Strauser Memorial Chapel. Alex is a member of the Gothenburg Volunteer Fire Department, American Lutheran Church and is a volunteer with Ducks Unlimited.  Alex enjoys hunting, Husker football, Kansas City Royals baseball, and spending time with his golden retriever Zoey.

Services We Offer
Service of Remembrance