Born January 15, 1934, at the Farnam Hospital to Gottlob Betz and Elsie (Dietrich) Betz. He attended grade school at Farnam, north of Moorefield and south of Eustis. After completing 8th grade at the country school, he started farming full time with his father at the farm in West Canyon, south of Eustis.

Bill and Bonnie Jean (Russell) were married on May 26, 1960 at the Dawson County Courthouse. They continued to farm south of Eustis and were blessed with 3 children: Will, Connie, and Judy. Bill and Bonnie were married for 61 years until she passed September 12, 2021.

Bill farmed at the homestead until 1980, managing fields and livestock alike. Bill farmed and worked for Hi Line Implements until he took a full time job with Frontier County as a heavy equipment operator. He took great pride in maintaining Frontier County roads year round. Even after a work accident on a county project, you would always find Bill doing something to occupy his time. Whether mowing for his neighbors, or tinkering in his workshop, Bill kept active.

Bill and Bonnie made their home in Gothenburg, NE where they resided until declining health resulted in Bonnie moving. Eventually, Bill also moved into assisted living at the same facility so he could be near Bonnie.

Services will be held at Blase-Strauser Memorial Chapel, Friday, December 23, 2022 at 10:30 am with  Pastor Kathy Gundell officiating.

Interment will follow in the Farnam Cemetery, Farnam, Nebraska.

Memorials may be given to the family for a memorial at the Farnam Park.

To send flowers to the family or plant a tree in memory of William "Bill" Betz, please visit our floral store. 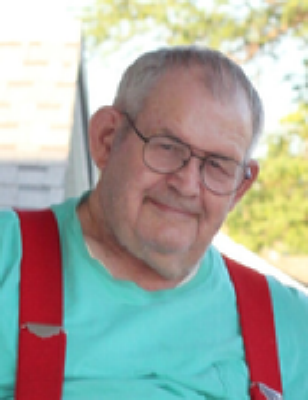