Share a memory
Obituary & Services
Tribute Wall
Donations
Read more about the life story of Ronald and share your memory.

Ronnie was born on September 2nd, 1942 in Maywood, NE to Albert and Mildred (Kugler) Werkmeister. He attended grade school at Valley in Hayes County; he graduated High School in Maywood with the class of 1960.
Ronnie met Linda in High School and they were married May 10th, 1964. They had two children, Vickie and Bryan.

After High School, Ronnie went on to work at Valley Coop, the work crew that built the Red Willow Dam, afterwards Ronnie and his friend Joe Banzhaf started a gravel hauling company, which eventually lead Ronnie into working for the State Department of Roads until health complications. Shortly after the loss of his leg, a group of Curtis Business Leaders came to Ronnie and Linda’s home and asked him to run for Frontier County Judge. He was elected Nov. 5 th, 1968 and took office in Jan. of 1969, at the age of 26, being the youngest person to hold the position of Judge in Nebraska.

Ronnie proudly served in the position of Judge and Clerk Magistrate for 52 years until retiring in 2020. Ronnie retired as the last elected county Judge in the state. Ronnie was a dedicated member of the Methodist Church, where he was a member of the church choir and often performed solos for the Easter Pageant. Ronnie had a well known love for Polka music and watched Molly B every Saturday night at 9pm.

Services will be held at First United Methodist Church in Curtis, Tuesday, December 27, 2022 at 10:30 am with Pastor Tim McCrary officiating.

Memorials may be given to the Frontier County Ambulance, or Senior Living Choices.

To send flowers to the family or plant a tree in memory of Ronald Werkmeister, please visit our floral store. 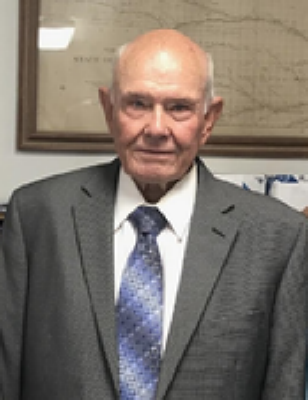