Share a memory
Obituary & Services
Tribute Wall
Donations
Read more about the life story of James and share your memories in the Tribute Book.

James A. Willey, 78, of Whitney, NE, passed away November 17, 2022, at Hilltop Estates in Gothenburg, NE, after a courageous battle of colon cancer.

Jim was born March 18, 1944 to Don and Midge (Lee) Willey of Grand Island, NE. As a child, he enjoyed spending time with his two brothers, younger sister and their various species of pets to include ducks, raccoons and skunks...descented, of course. He was known for his work ethic, attention to detail and for completing a task thoroughly. He learned this skill at the age of 14 while working at Kelly's Market in Grand Island starting as a sorter of potatoes and recycled Coke bottles in the back of the building to later managing in the front. He attended Grand Island Senior High, graduating in 1962 and attended UNL for one year where he admitted to his grandchildren he enjoyed driving up and down "O" street more than pursuing an education.

In 1966 he married Nancy Bainbridge and together raised two children, JD and Kandace in Crawford, NE, where he was a manager of the local Jack and Jill grocery store. One day the owner came in and said he was selling the store and wanted Jim to stay. Jim, like many people do when faced with a tough decision, went to the local bar to seek advice. This led him to one of the proudest decisions of working for the BNSF railroad, retiring in 2003. In 1995 he married Mary Hartman and together enjoyed traveling and watching the wildlife from the front window, until her health wouldn't allow it. He cared for Mary and through this act of kindness, many realized his unlimited well of graciousness and unconditional love.

Jim will be remembered for his boundless amount of positivity, friendship, love of family, animals, patriotism and his appreciation for all those who cared for him. Not to mention, his beloved 1964 GTO's, "Silver" and "Gold" which he enjoyed with his children and grandchildren.

Jim chose to be cremated and requested a private family burial in Crawford, NE. A Celebration of Life for family and friends will be held at the Bethel Community Church in Whitney at a later date.

Memorials may be directed to the United Methodist Church of Chadron or the Crawford Volunteer Fire Department.

To sign the online guest book, go to www.blasestrauser.com.

To send flowers to the family or plant a tree in memory of James Willey, please visit our floral store. 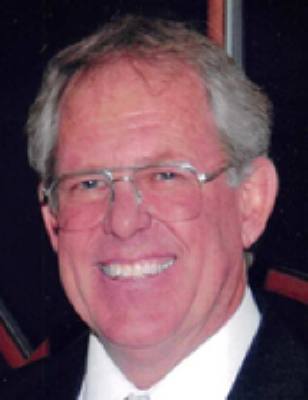 You can still show your support by sending flowers directly to the family, or by planting a memorial tree in the memory of James Willey
© 2022 Blase-Strauser Memorial Chapels & Monuments. All Rights Reserved. Funeral Home website by CFS & TA | Terms of Use | Privacy Policy | Accessibility