Share a memory
Obituary & Services
Tribute Wall
Donations
Read more about the life story of Dennis and share your memory.

Dennis John VanOverbeke, of Gothenburg, NE died on December 22, 2022 at the age of 80 at Kearney Regional Hospital in Kearney, NE.

He was born and raised on the family farm in Marshall, Minnesota. He graduated from a private Catholic School in Marshall, continued on with a college degree at Mankato State College graduating in 1964. His teaching career began in Owatonna, Minnesota. After four years there, he went to he University of Wyoming in Laramie. While obtaining a Master of Arts degree in French, he was a teaching assistant.

In 1969 he and his family moved to Gothenburg, Nebraska, where he taught until 2004. He taught a number of subjects including French; Spanish; English; American History; World History; Modern Problems; U.S. Government; and Psychology. After retiring from teaching in 2004, he continued to substitute teach in the Gothenburg School System, and dedicated more than 50 years to a career as a full-time and substitute teacher. He then worked assisting with funerals for Blase-Strauser Memorial Chapels and Monuments in Gothenburg.

In 1966 Dennis married Carol (Miller) and to this union three sons were born.  He was a member of the First United Methodist Church and served on many boards there. He enjoyed playing cards (especially with all the Larry Peterson Family), gardening and lawn work, and reading, and traveling throughout the United States and abroad. He was involved with the Gothenburg Library Board and the Library Foundation. Dennis was a member of the Community Playhouse for several years. In 1996 he and his wife, Carol, received the Nebraska Aksarben Good Neighbor Award for starting and sponsoring a cancer support group.

Dennis is survived by his wife, Carol; sons, Jon (Jill), Marc (John Smagner), and Eric; and two grandchildren, Thomas Alexander and Abbygail Elizabeth. He is also survived by two sisters, Jean VanKeulen, Pat (David) Zwach, and many nieces and nephews. Survivors also include the special family of Larry and Carolyn Peterson.

He was preceded in death by his parents, Albert and Martha (DeVos) VanOverbeke; his in-laws, Albert and Lucille (Paul) Miller; brother-in-law Dick VanKeulen; and brother- and sister-in-law Greg and Linda Miller; and special family friends, Larry and Carolyn Peterson.

Services will be held at First United Methodist Church, Thursday, December 29, 2022 at 10:30 am with Pastor Grace Gichuru officiating.

Memorials may be given to the First United Methodist Church, Senior Center, the Gothenburg Library or Make-A-Wish Nebraska.

To send flowers to the family or plant a tree in memory of Dennis VanOverbeke, please visit our floral store.

Video is available for this event 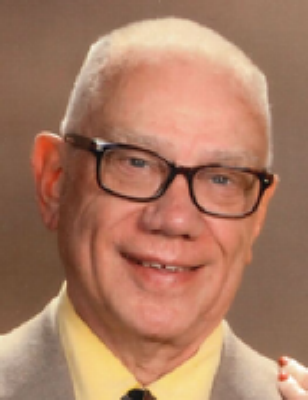